I have had this screen for about 4 years now and it has worked fine until about 2 months ago
when I went over to my computer I found out that the backlight would not stay on, if I turned
it off and back on you would see the Acer logo then the desktop for about a second then nothing.

So I searched around Google and found some other people having the same problem it seemed to be
caused by a bad step-up transformer for the backlight. My screen, model “AL2216W” version “AL2216W BD”
has 4 small step-up transformers there is a other version of this model that has only one bigger step-transformer.

The plastic casing of the screen is snapped together and was not easy to get open without braking the clips
once I got the screen open I looked at all the caps on the power board they all looked good so it was most
likely a bad transformer. So I got out a screen from a broken laptop and used the backlight to test each one.
1 of the 4 transformers would not make the laptop screen light up at all. 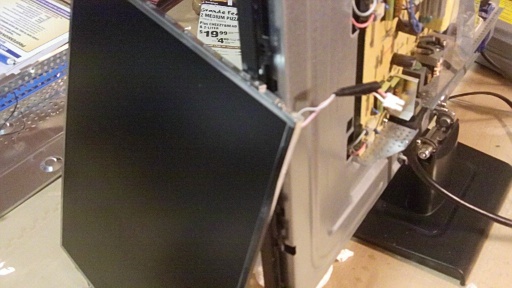 Now I needed to find a replacement part, the transformers on this board where made by Darfon
but when I Googled the model number not much came up and I could not find a place to buy one
so I improvised, I took the inverter from the same old broken laptop that I was using the screen to test
the transformers on the Acer screen and unsoldered the step-up transformer, than used a Multimeter
to find out what was what then attached it to the power board of the Acer screen.
I powered it on and the backlight stayed on! It’s been about 2 months and it’s still working fine. 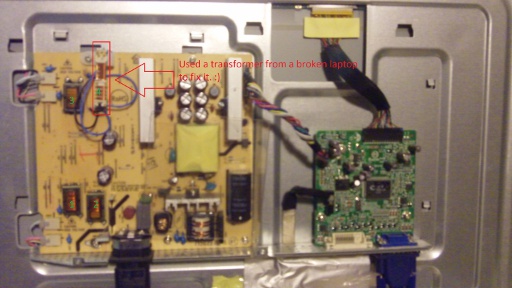 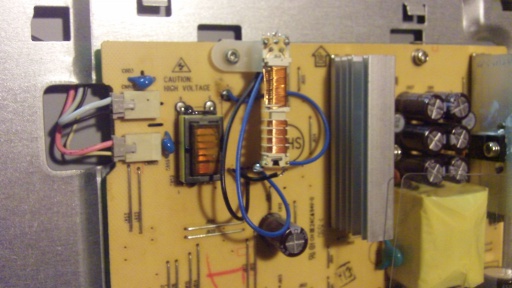